“A beautiful exercise in how we relate with ourselves and with others.” – review by Barry Stone.

FBi Agenda discussions around the hopes of The BLOKES Project

The BLOKES Project includes a new dance work (performed on a shipping container, researched with family & community elders in their truck yards, sheds & vehicles). Exorcizing the toxic from the healthy in Australian masculinity and its embodied myths, truths and stereotypes. Exposing where our inherited cultural narrative serves us and where it hurts us, as individuals and as a community.

In an age of toxic masculinity, we turn the critical lens on ourselves to build a new narrative of how to be a BLOKE. We rehearse and develop the show in a public space in the week leading up to performance, in costume, on and in a side opening 20ft shipping container. And we engage those interested in discussion around the culture and what they would suggest for dealing with it through the show.

The BLOKES Project has presented at Flowstate, received support from The Australia Council for the Arts, Darwin Festival 2013 and 2014, Performing Lines NSW, Frankston Arts Centre and Critical Path.

and made a video installation called 4×4 Duet

and bonus video below talking about the project at the BOLD festival 2017:

Blokes – What’s it About

Just finished this super valuable residency @the_fac Thanks to all who interrupted rehearsals as they walked by to ask "what the hell are you blokes doing?" and then came along to the showing late at night in the cold! And to @tammyryan and her team for supporting us and the vision! And to narellelewis at @performinglines for lining it up! #blokesproject 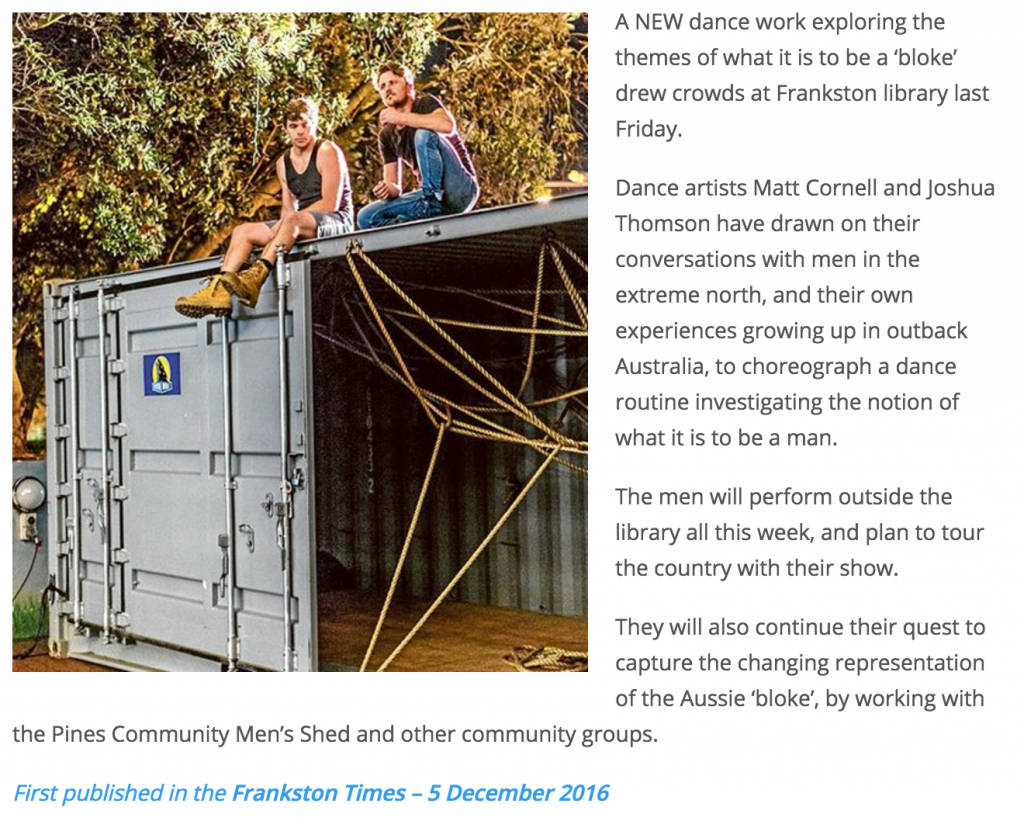